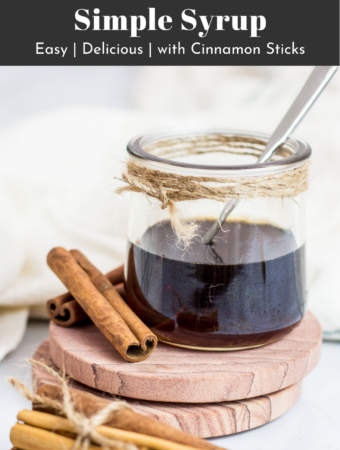 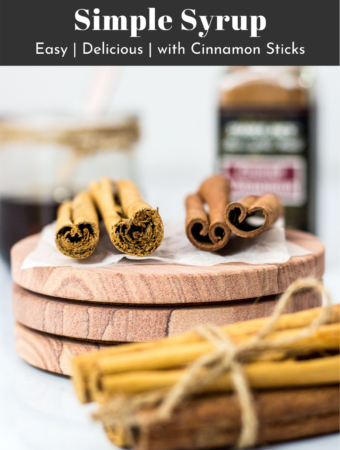 Cinnamon simple syrup with cinnamon sticks - Making a delicious cinnamon syrup (no clumps!) at home is super easy! Perfect on pancakes/waffles and in your morning cup of joe!

Who doesn't like the sweet warmth of cinnamon? Although we are approaching spring, I can't let go of my cinnamon obsession yet. Plus, this cinnamon syrup is uber delicious on pancakes, waffles, and your morning cup of joe! Let's make this happen!

But before we get into making the syrup, let's talk cinnamon real quick. Shall we?

There are two different types of cinnamon - Cassia cinnamon and Ceylon cinnamon. They both are from the inner bark of Cinnamomum trees and are potent antioxidant and anti-inflammatory. However, they are different in taste, smell, and chemical properties.

Cassia cinnamon (on the right)

Ceylon cinnamon (on the left)

You can read more about the health benefits of cinnamon in the article from Healthline.

If you can find Ceylon cinnamon, I recommend them. But if you can't, cassia cinnamon works just fine. The amount that we are using for the syrup is nowhere near the concerned amount of coumarin.

How to make cinnamon simple syrup

Why you should use cinnamon sticks NOT cinnamon powder

Cinnamon is the inner barks of trees. Meaning it contains a significant amount of fiber. And the fiber is soluble in water and creates "sludge."

When you are using cinnamon powder, you are increasing the chance of the fiber dissolving in water. To avoid this, you can use cinnamon sticks instead.

I would like to clarify that the cinnamon sludge is perfectly safe to consume. It is just not very appetizing. Nobody wants their coffee with brown sludge floating around.

Are you ready to make this easy homemade cinnamon syrup? I will be using this delicious syrup to make a dairy-free horchata-inspired drink. But until then, I think I'm going to drizzle this syrup on french toast while sipping on my cinnamon coffee!

How to make Cinnamon Simple Syrup

Making a delicious cinnamon simple syrup (no clumps!) at home is super easy!