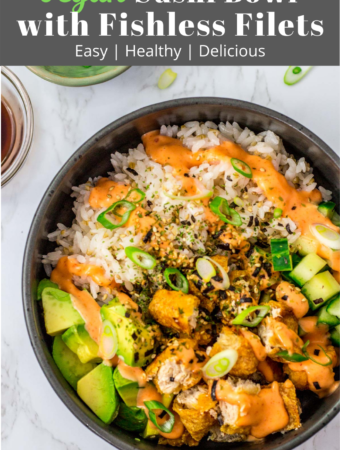 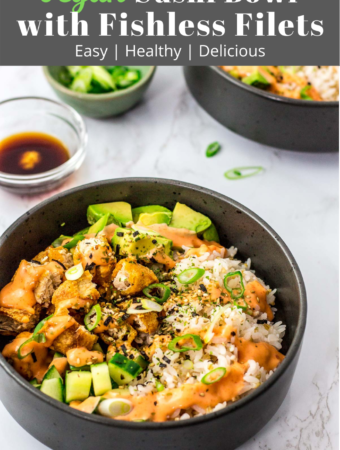 How to assemble Sushi Bowl

I recommend grabbing a large bowl to make your sushi bowl. It is not to fill the bowl with all the delicious ingredients (although it will be very tempting), but to give enough room at the end to be able to mix the sushi bowl to eat. Then you would place the seasoned sushi rice on the bottom of the bowl and add the rest of the ingredients on top. Drizzle however much the spicy mayo sauce you want and garnish with thinly sliced green onion and seaweed paper strips.

And voila, you have yourself a beautiful and delicious vegan fish sticks sushi bowl! This is such a perfect summer meal. It's refreshing, light, vibrant, simple, and easy! I hope this sushi bowl brings you as much joy as it brought to my dinner table!

If you like this vegan sushi bowl recipe, you will also enjoy: 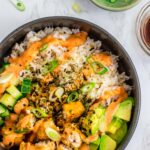